Professor Jeffrey Packer is an international authority and leading scholar in the field of tubular steel structures. He has published extensively on this topic, including many books - directed at practising engineers - that span five languages.

Research is oriented towards:

Member, International Institute of Welding Subcommission XV-E on "Welded Joints in Tubular Structures" ( Chair from 1991 to 2002).

Member, Canadian Council of the International Institute of Welding

Member, Editorial Board of "Journal of Constructional Steel Research"

Member, Editorial Board of "Frontiers of Structural and Civil Engineering" Journal

Member, Editorial Board of "Structures" Journal

Former Member, Board of Directors, International Institute of Welding (2004-2007)

Member, Board of Directors, International Association of Protective Structures

Member, American Association for the Advancement of Science

International Committee for the Evaluation of the Civil Engineering Discipline of Tongji University, Shanghai, China (2011)

Fellow of the Canadian Society for Civil Engineering (2016)

Fellow of the Canadian Academy of Engineering (2012)

In July 2014 Matthew McFadden (M.A.Sc. 2012) was awarded the Henry Granjon Prize (for a technical paper by a young welding engineer) by the International Institute of Welding (IIW) at their Annual Assembly in Seoul, Korea. Matthew's paper, "Weld Effective Lengths of Rectangular Hollow Section T-Connections under Branch Bending", was a result of experimental welding research within the Tube Group at UofT. 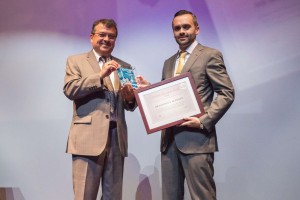 A topical paper on the subject of steel wind turbine towers, co-authored with Elena Nuta (M.A.Sc. 2010) and Prof. Constantin Christopoulos, and published in 2011 in the Canadian Journal of Civil Engineering, received the “Sir Casimir Gzowski Medal” best-paper award from the Canadian Society for Civil Engineering (CSCE).

In 2012 Prof. Packer was awarded the “Shortridge Hardesty Award” by the American Society of Civil Engineers (ASCE) for his … “outstanding body of influential and practical work in the field of structural stability”. Also in 2012 he was inducted as a Fellow of the Canadian Academy of Engineering (CAE). 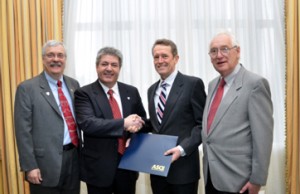 Above: Pictured (third from left) receiving the ASCE “Shortridge Hardesty Award” from the ASCE President, March 29, 2012. 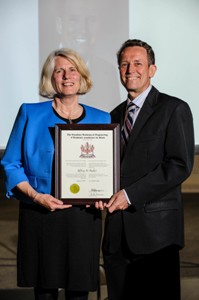 Above: Pictured receiving Fellowship by the President of the CAE during their Annual General Meeting, June 21, 2012. 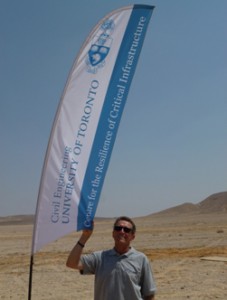 Above: Flying the flag at U of T's "desert campus."

In 2011 Professors Packer, Christopoulos and Collins inaugurated a new multi-disciplinary “Centre for Resilience of Critical Infrastructure” (CRCI) within our Faculty of Applied Science and Engineering, and this is centred – both intellectually and physically – within our Department of Civil Engineering. Although initially proposed in late 2010, the CRCI took flight in mid-2011 with start-up funding (over 2011–2014) from the “Dean’s Strategic Fund”. The mission of this Centre is three-fold: (i) Education (delivering new degree-program courses, delivering professional development courses, and providing professional internship opportunities to students); (ii) Research, in three thrust areas (structural resilience, infrastructure networks and systems resilience, and control systems); (iii) Public discourse and outreach on general societal infrastructure and security issues. The latter is achieved by professional meetings, known as the “Sandford Fleming Forums”, with specially-selected prominent speakers on specific themes, every few months. To date, 11 such evening meetings have been convened on campus, attracting international visitors and increasing interest, with attendance now reaching about 100. Further details about the CRCI can be found at this web address: crci.utoronto.ca 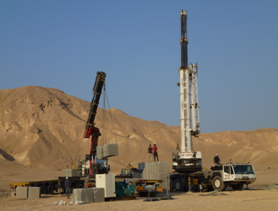 Above: Dis-assembly of one blast experiment, or "target".

At the inaugural Sandford Fleming Forum in September 2011 we were able to announce the establishment of the “Explora Research Program into Protection against the Effects of Energetic Loadings”, following a $1.25M donation from the Explora Foundation towards blast and impact loading studies. A series of UofT students have been interning at Explora Security Ltd. in London, U.K. and very much enjoying the opportunities that the CRCI international collaboration has presented. 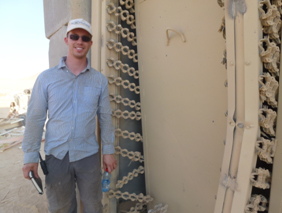 Above: Former U of T student Martin Walker beside his grossly deformed steel wall.

The relationship with Explora has also involved developing a field blast-testing research program for the CRCI, utilizing Explora’s knowledge, experience and contacts in this area. In July 2012 we undertook our first field blast experimentation at a test site in the Middle East and students from our Department were involved in experiment design and instrumentation, as well as set-up and take-down on site, followed by data analysis. The second series of field blast tests took place in May-June 2013. Most recently (July 2015) the blast testing venue moved to RAF Spadeadam in the U.K. 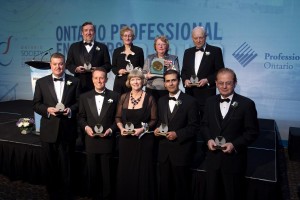 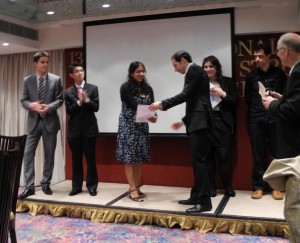 Tarana was one of several finalists, judged on the written submission, to be invited (with all expenses paid) to the conference. The winner is then determined by secret written ballots of all conference attendees after the oral presentations in the "Student Award" session. In addition to the paid trip the prize consists of a certificate and monetary award. Since the inauguration of this student competition in 2001 it has been won on 4 of the 5 occasions by University of Toronto students: Silke Willibald, at ISTS9, Düsseldorf, Germany, in 2001; Maura Lecce, at ISTS10, Madrid, Spain, in 2003; Carlos de Oliveira [now CEO of Cast Connex Corporation – a University of Toronto spin-off company], at ISTS12, Shanghai, China, in 2008; and now Tarana Haque, at ISTS13, Hong Kong, China, in 2010. 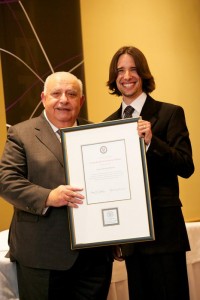 Carlos de Oliveira, a 2006 M.A.Sc. graduate from the Toronto Tube Group, was the recipient of the 2010 University of Waterloo Faculty of Engineering Young Alumni Achievement Medal, for his role in co-founding the University of Toronto technology start-up company Cast Connex Corporation. The company was founded in 2007 with former co-supervisors Professors Jeff Packer and Constantin Christopoulos. Carlos was also a past recipient of the U of T Heffernan/Co-Steel Innovation Fellowship, the Ontario Centres of Excellence Martin Walmsley Fellowship for Technological Entrepreneurship and the CIDECT President’s Award for Research. Pictured above is Dr. Adel Sedra, Dean of the Faculty of Engineering at the University of Waterloo and past Vice President, Provost, and Chief Academic Officer at the University of Toronto and Carlos de Oliveira, now Chief Executive Officer of Cast Connex Corporation.

Professor Jeff Packer was the 2009 recipient of the Canadian Society for Civil Engineering (CSCE) "Excellence in Innovation in Civil Engineering Award", and received this award at the CSCE Annual Conference Awards Banquet in St. John's, Newfoundland, on May 29, 2009.  This was awarded for technology developed on "Cast Steel Connectors" in collaboration with Professor Constantin Christopoulos, Mr. Carlos de Oliveira and Mr. Michael Gray.

Ms. Elena Nuta spent May to September 2008 undertaking an Internship at the "Fraunhofer Center Windenergie und Meerestechnik" in Bremerhaven, Germany, as a result of being awarded an International Scholarship by the Ontario Centres of Excellence.  At this Wind Energy centre she undertook research on steel wind turbine structures as part of her M.A.Sc. program.

Professor Jeff Packer was the recipient in 2007 of major infrastructure grants from the Canadian Foundation for Innovation (CFI) New Initiatives Fund ($3.22 Million) and the Ontario Ministry of Research and Innovation ($3.22 Million).  This has renovated the Structures Laboratories at the University of Toronto and converted them into a "Large-Scale Impact and High-Velocity Loading and Sensing Facility for Critical Infrastructure" of world-class calibre.  Renovation and equipment installation took place in 2008 with operation commencing in mid-2009.

Dr. Maura Lecce, a NSERC Postdoctoral Fellow in the Toronto Tube Group, was the 2007 recipient of the prestigious Moisseiff Award from the American Society of Civil Engineers (ASCE).  This was presented to Maura at the ASCE Structures Congress in Long Beach, California on May 17, 2007.

Internationally-recognized for achievements in the field of Tubular Steel Structures 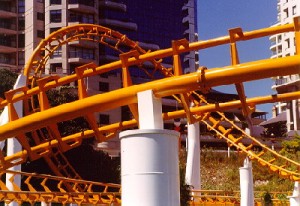 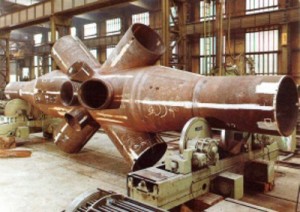 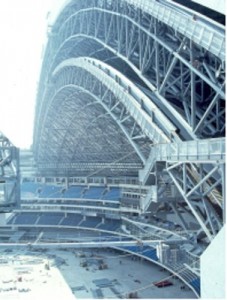 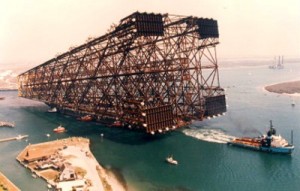 From 1999 to 2011, "HSS_connex", a Windows-based program for the design of statically-loaded, welded and bolted, truss-type connections between Hollow Structural Sections (HSS) has been available, for 32-bit operating systems.  A new modernized online version, compatible with all operating systems is now available at: www.connex.steeltubeinstitute.org 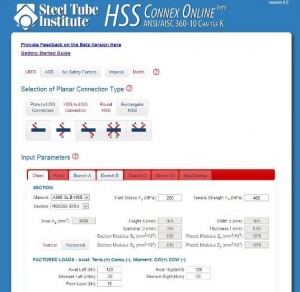 The Department of Civil Engineering, University of Toronto, hosted the “11th. International Symposium on Tubular Structures” (ISTS11), in Québec City, Canada, from August 31 to September 2, 2006.

The next symposium in this series, ISTS16, will be held in Melbourne, Australia, from December 4 to 6, 2017, hosted by Monash University, with the International Programme Committee chaired by Professor Jeff Packer.

CIV 1175:  "Design of Tubular Steel Structures" is given annually for graduate students and industrial participants.  It is next offered in September 2017.

The Tube Group at the University of Toronto is renowned worldwide for the quality of its leading-edge research on Tubular Structures and the impact that this has had on international structural engineering practice. If you are interested in expanding the bounds of knowledge in this topic, by either graduate research or a Postdoctoral Fellowship, and are of high academic standing with relevant experience, please contact Professor J.A. Packer. Excellent laboratory and computing facilities are available for the pursuit of innovative experimental (Structural engineering section) and numerical studies. Structural tubing is a rapidly expanding construction medium, driven by both economics and aesthetics, the latter being evidenced by the popularity of Architecturally Exposed Structural Steel (AESS) with architects.

The “International Symposium on Tubular Structures” (ISTS) is the prime international forum for presentation of research, developments and applications in the field of onshore tubular structures.  At ISTS9 in 2001 the international tube organization CIDECT initiated a “CIDECT President’s Student Award” for the top international work in the field submitted by a graduate student to an international competition, and to be awarded at each ISTS.  At ISTS9 (2001, Düsseldorf, Germany), ISTS10 (2003, Madrid, Spain), ISTS12 (2008, Shanghai, China), and ISTS13 (2010, Hong Kong, China), 1st. place went to outstanding research students from the Tube Group at the University of Toronto.

Recent research initiatives have been pursued in the field of impulsive loading, involving high strain-rate behaviour of materials, the performance of members and sub-assemblies under highly dynamic loading, and large-scale field blast testing of building components and systems. 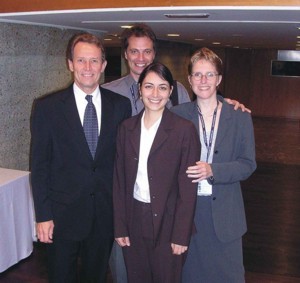