In 2018, the name of the department was formally changed to the Department of Civil & Mineral Engineering. This story has not yet been updated to be inclusive of and reflect the varying elements of our shared history.

The Civil Engineering profession can be traced back to the earliest sedentary human settlers, people who abandoned the nomadic lifestyle of their ancestors in favour of permanent, built settlements.  Archaeologists date the earliest of these settlements at approximately 2000-4000 BC.  At this time, the focus of civil technology was on construction and structural projects: the creation of buildings that offered protection from weather, animals, and enemies, and religious monuments and temples that could accomodate a burgeoning population. Transportation also became increasingly important as more nomadic people began to settle and permanent trade routes and territories were established.  As populations expanded, the earliest environmental engineering projects emerged to find solutions for sanitation, drinking water, and public health issues.

The massive expansion of empires later required advanced road systems, aqueducts, bridges, fortresses and large-scale public gathering places.  This development continued and became more advanced through the Middle Ages and, after the population boom that occurred during the Industrial Revolution, became more important than ever. The Ontario School of Practical Science was established in 1873 by order of Provincial Parliament, and began a full program of study in 1878.  The School had a general mission to promote and enhance the industrial and economic capacity of the still new Province of Ontario and, in a larger sense, the Dominion of Canada as a whole.

The University of Toronto already existed at this time as an arm's-length, self-funded institution of higher learning under the auspices of the Province.  It was, however, still primarily focused on traditional modes of intellectual pursuit and had not developed an interest in applied knowledge for the new industrial economy.  Lacking an established Chair in the civil engineering discipline, the course in Civil Engineering consisted primarily of theoretical, academic sciences.

Because of this, and the desire to ensure that the new school could focus specifically on practical applications of the sciences, the School of Practical Science was established as a separate, but complimentary, entity to the University of Toronto.  The legislative paperwork was signed into law in January 1871 by the government of Sandfield MacDonald.

Later that same year, the government secured $50,000 in public funds and purchased a building at the corner of Church and Adelaide Streets to be remodelled into the first School of Practical Science in Canada.  The School's first classes were to instruct professional engineers in the mining, civil and mechanical disciplines as well as workers in wood, leather, wool, flax, modellers, carvers, and applied chemistry.

Unfortunately, before the School could properly open, MacDonald's government fell and was replaced by an opponent to the creation of a separate professional school, Edward Blake.  Blake favoured the creation of a school under the auspices of the existing University of Toronto and, instead of allowing the School of Practical Science to begin its full regimen at its opening, opened the school as the College of Technology, offering simple night classes that taught drafting and chemistry exclusively.

In 1873 the Government of Oliver Mowat, following Blake's lead, took the legislative steps to create a full school for "mining, engineering, mechanics and manufactures" that would be fully controlled by the Provincial Government but which would have, from its outset, a strong link to University College at the University of Toronto.  Thus, what would become the Department of Civil Engineering at the University of Toronto had been founded as the Ontario School of Practical Science.

Following some politically intriguing debate, John Galbraith, BA., MA.,University College, was hired to be the first Professor of Engineering and would become the School's champion for years to come.  Galbraith had come highly recommended by his peers and professional associates, having built himself a successful engineering practice with ties to the railways, mechanics, and other public projects.  He formally took office on September 28, 1878, just in time to begin teaching that year. The Little Red Schoolhouse, as it came to be known, was a small, three-storey brick building that stood on the current site of the Medical Sciences Building at the top of King's College Road.  The facility housed lecture space, offices and aboratories for applied geology, mineralogy, chemistry, and civil engineering.  The building was modest, to say the least, especially having been built in the shadow of the magnificent stone edifice that is University College.

The School of Practical Science offered a three-year practical diploma program in three areas: Engineering (meaning Civil, Mechanical, and Mining Engineering), Assaying and Mining Geology, and Analytical and Applied Chemistry.  The School also offered a one-year certificate program in Surveying.  In its first year, the School saw 8 full-time regular engineering students; this grew to 12 by the following year.  Enrollment rose steadily despite tuition fees of $80 per year, including books and laboratory fees. 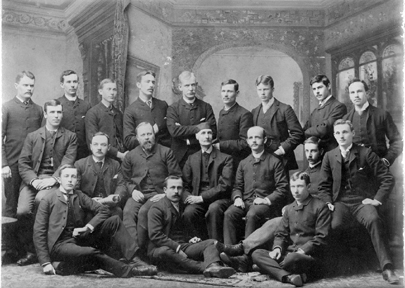 In 1892 the SPS began to offer an optional fourth year, the completion of which would allow graduates to become eligible to apply for the new Bachelor of Applied Science designation at the University.  The first to accomplish this was T.H. Alison, a graduate of SPS in 1892 and of the University of Toronto in 1893. 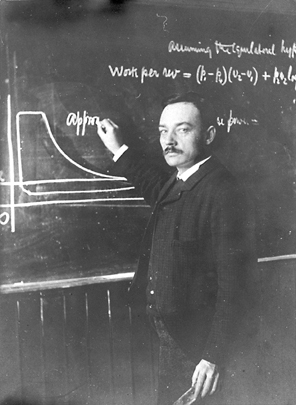 By 1909, the three-year diploma originally offered by SPS was phased out, making way for a new, mandatory four-year degree program leading to the Bachelor of Applied Science degree fully certified by the University.