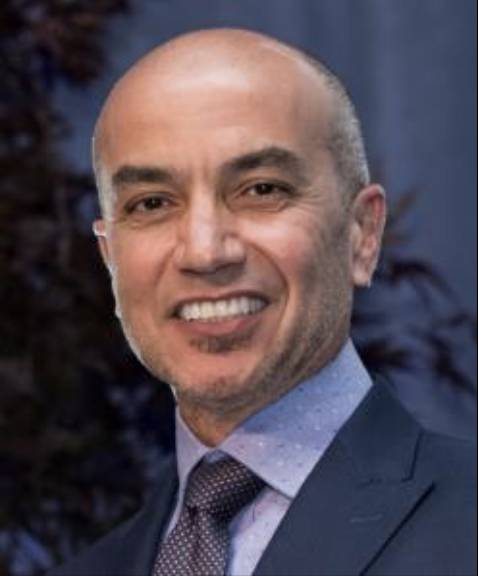 Five members of the U of T Engineering community have been elected into the Canadian Academy of Engineering (CAE). Professors Baher Abdulhai (CivMin), Geoff Fernie (IBBME), Reza Iravani (ECE), and Charles Jia (ChemE), along with Dr. Emily Moore, Director of Troost ILead, are among the CAE’s 52 new fellows for 2020. The CAE is a national institution through which Canada’s most distinguished and experienced engineers provide strategic advice on matters of critical importance to the country. 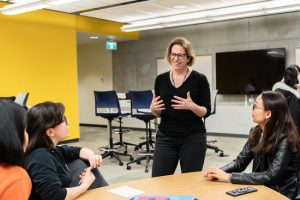 “The Academy’s recognition of so many U of T engineers demonstrates the Faculty’s leadership at a national level across all areas of the engineering profession,” said U of T Engineering Dean Chris Yip. “My enthusiastic congratulations to all the recipients.”

Emily Moore is Director of the Troost Institute for Leadership Education in Engineering (Troost ILead), which aims to foster the development of the next generation of engineering leaders. Prior to this role, she spent ten years in senior roles at Hatch Ltd., where she developed Hatch’s international water business into a global performer. Previously, her work at Xerox resulted in 21 patents and a novel toner technology. Moore was President of the Canadian Society for Chemical Engineering from 2011-2012. In 2016 she received the Society of Chemical Industry’s Kalev Pugi Award and was named one of 100 Global Inspirational Women in Mining. Moore serves on the board of Metrolinx and Chemtrade Logistics Inc.

Baher Abdulhai conducts leading-edge research aimed at reducing traffic congestion and enhancing safety. His achievements include the establishment and leadership of the Intelligent Transportation Systems Centre and the iCity Centre for Transformative Transportation Systems, and the invention of two traffic signal control systems which have been licensed by major technology firms. Abdulhai’s record of service includes the Board of the Ontario Transit Authority and the Toronto Board of Trade Infrastructure Committee. He is a fellow of the Engineering Institute of Canada and received the 2018 Canadian Society for Civil Engineering Sandford Fleming Award.

As a professor in IBBME and a Senior Scientist at the Toronto Rehabilitation Institute, Geoff Fernie has applied his engineering skills to solving problems commonly encountered by people with disabilities and an aging population. He led the creation of world-leading research labs where engineering is applied to preventing accidents, restoring function after an accident or illness, and supporting people to live independently as they age. Fernie has also pioneered engineering approaches to reducing the transmission of infection. His work has resulted in 47 patents and the commercialization of twelve products. He has received several prestigious awards and was inducted into the Order of Canada in 2017.

Reza Iravani has developed innovative solutions to several engineering problems associated with the applications of power electronics and emerging control and operational concepts in electrical energy systems, including utilization and grid-integration of renewable energy resources, efficient utilization of the legacy-grid asset, and modernization of the electric grid. He is the former editor-in-chief of IEEE Transactions on Power Delivery and co-author of the reference book ‘Voltage-sourced Converters’. His contributions to the field of electrical power engineering have been recognized with fellowships in the Institute of Electrical and Electronics Engineers (IEEE) and the Royal Society of Canada.

Charles Jia has been a champion in promoting sustainability for more than 25 years. His original work at U of T has helped transform major industrial wastes into valued resources and develop the widely influential strategy of “using waste to treat waste,” and has significantly strengthened Canada’s position as a global powerhouse for natural resources. A dedicated community leader, Jia currently serves as President of the Canadian Society for Chemical Engineering. He has made outstanding contributions to the engineering profession through his passion for a sustainable planet and his tireless dedication to developing the next generation of great young engineers.