University Professor Emeritus Michael Patrick Collins, C.M. recounts finding out about his nomination
for an Order of Canada, and teaching style gleaned from a seventh century scholar. 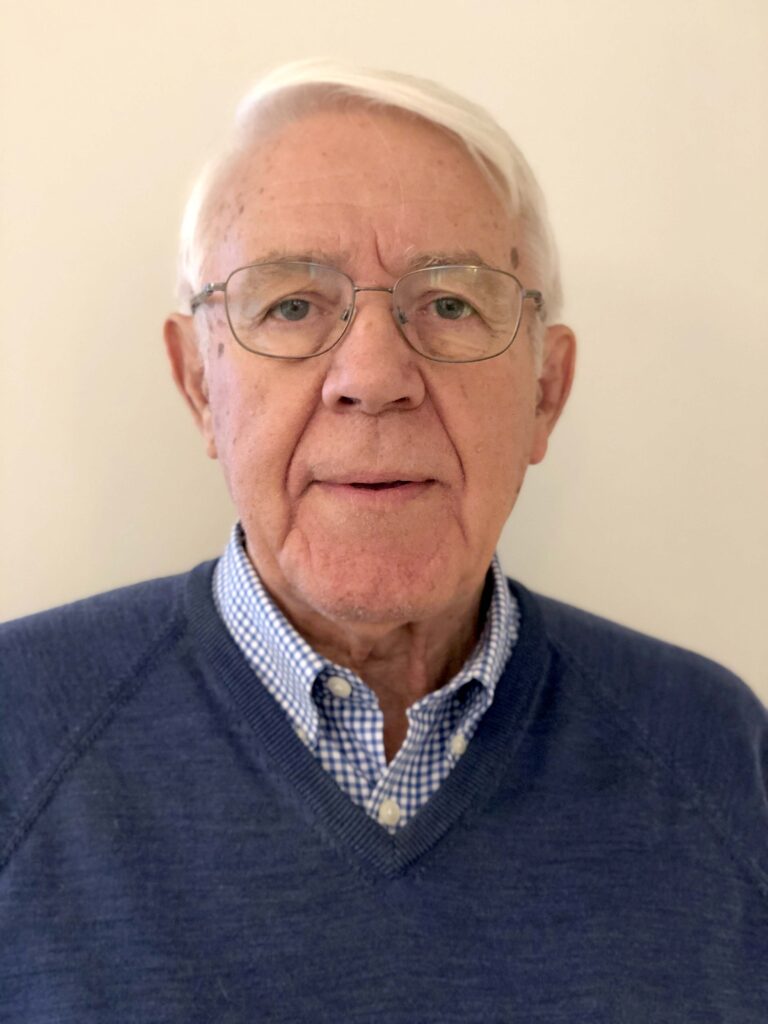 “I had to keep it secret,” recalls CivMin’s University Professor Emeritus Michael Patrick Collins from his cottage in Minden, Ont. The initial contact from Rideau Hall, the governor general’s residence in Ottawa, regarding his impending appointment to the Order of Canada was an email asking for a phone call regarding “a confidential matter.”

Two weeks prior to the official announcement on Dec. 29, 2021, the first inkling Collins had been nominated for one of Canada’s highest Honours was revealed during a phone call, along with the request for discretion. “It was a really nice way to get the news.”

“It was wholly unexpected, and I had no idea some my colleagues put me forward for this recognition. It is an award I’ll be very proud to wear. What a great way to end a career,” he reflects.

Collins’ appointment to the Order of Canada is “For his seminal work as an internationally renowned structural engineer who has focused on the behaviour of concrete subjected to shear.” The appointment is to a Member of the Order (C.M.).

Quick to give collaborative credit to faculty colleagues and research-stream students, Collins says, “I’ve had a very enjoyable time as a university professor with teaching and research. Together we managed to achieve some success to the design of reinforced concrete. We found some flaws and spent some 20 to 30 years to make changes with our research at U of T.”

As a youth he attended St. Bede’s College (a high school) in New Zealand, and later read The Venerable Bede’s (672-735 A.D.) book on the History of the English People. He was immediately fascinated by the scholar’s philosophy, which read, “It has ever been my delight to learn and teach and write.” Since then Collins has delighted in applying this sequence to his own academic development. Extrapolating the logic he says, “It’s exactly the right order: first you learn, then you’re able to teach and refine it. Then you’re ready to write.”

His Modified Compression Field Theory, based on novel experimental techniques, has transformed the shear design of concrete structures from restrictive empirical procedures to rigorous, general, easy-to-follow models and has been used as the basis for widely-used computer programs such as Response-2000. His theories have been incorporated into design specifications all over the world.

“In addition to his profound research contributions, Professor Collins’ legacy includes the many undergraduate and graduate students he guided over the years, who are now having their own powerful impact on civil engineering and many other fields,” says U of T Engineering Dean Chris Yip. “On behalf of the Faculty, my warmest congratulations on this well-deserved honour.”

Finding himself in Boulder, Colorado with an expiring teaching visa in 1969, and hoping to stay in North America, Collins explored an opportunity for employment at the University of Toronto. “They were looking for some teaching faculty, and I got it!” This fortuitous move resulted in career spanning 52 years at U of T.

Collins, otherwise containing his extraordinary news, shared the secret with immediate family over Christmas, swearing everyone to secrecy until the official announcement. He lives with his wife Judy in Oakville, Ont., has two adult children, a son and a daughter, with families of their own, as well as five grandchildren.

By Phill Snel
with files from Tyler Iriving

Her Excellency the Right Honourable Mary Simon, Governor General of Canada, announced 135 appointments to the Order of Canada on December 29, 2021. The new appointees include 2 Companions (C.C.), 39 Officers (O.C.), 1 honorary Member and 93 Members (C.M.).