CivMin Professor Brenda McCabe has been honoured by the University of Toronto with an Award of Excellence (AWEX). 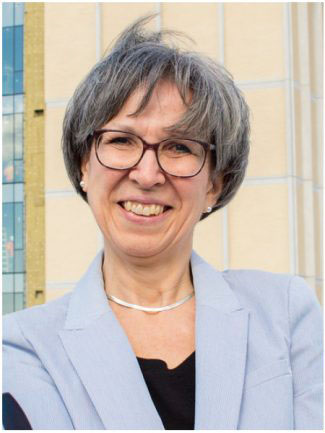 The program recognizes staff, students, faculty and alumni who demonstrate an above-and-beyond commitment to enhancing the university experience and who make a significant impact on U of T through their efforts. McCabe has received the Vivek Goel Faculty Citizenship Award, given to a faculty member for their leadership and meaningful contributions in diverse spheres of the University.

“Professor Brenda McCabe made exceptional contributions to the Faculty and to the University as a leader, mentor and role model,” says Chris Yip, U of T Engineering Dean. “On behalf of the Faculty, I congratulate this community member on this well-deserved recognition.”

McCabe is honoured for her career-long service to U of T, championing the student experience, representing the engineering profession with distinction, and advancing environmental sustainability.

McCabe joined the Department of Civil & Mineral Engineering (CivMin) in 1997. Appointed Associate Chair, Undergraduate in 2004, she created guidelines for instructors still in use today. In 2006, McCabe became the first woman to serve as Vice-Dean, Graduate Studies for the Faculty, where she championed new courses that brought professional and management learning to the Master of Engineering (MEng) program.

In 2008, McCabe was appointed Chair of CivMin — the first woman to lead any department in the Faculty’s history. She integrated a significant focus on sustainability, she encouraged the creation of student clubs that promote environmental issues, and championed the redevelopment of the Gull Lake Survey Camp facilities.

As chair, McCabe created five new scholarships, named for the first five women to graduate from the department. She also encouraged the heads of other civil engineering departments across Canada to do the same.

Prior to her retirement in December 2020, McCabe distinguished herself in many other leadership roles. She served as academic director of the Engineering Career Centre and provostial advisor on student enrolment, and she played a major role in the development of the Myhal Centre for Engineering Innovation & Entrepreneurship.

Currently president-elect of the Canadian Society of Civil Engineering, McCabe was elected a Fellow of the Engineering Institute of Canada in 2018 and named one of Canada’s Clean50, a recognition for leaders in sustainability in 2012. She was voted Professor of the Year by Civil Club students three times, and received U of T’s Joan E. Foley Quality of Student Experience Award in 2015.

The story originally published in full by Engineering News

The announcement first published, with the full list of award winners, by Alumni News