By: Mahia Anhara (Year 3, CivE on PEY), Co-Project Manager of CECA U of T Student Chapter 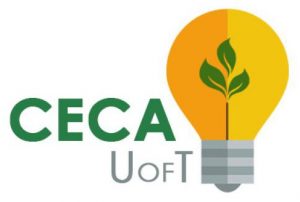 CECA U of T is the student chapter for the Canadian Electrical Contractors Association. Our student-led club brings together like-minded students, who are interested in finding sustainable building solutions.

We are participating in the annual international competition called the Electrical Contracting Innovation Challenge (ECIC), where students are challenged to design an innovative electrical system for a new residence hall on our respective university campuses that will meet the needs of the building occupants. This competition is organized by the National Electrical Contractors Association (NECA).

The U of T ECIC team consists of over 35 students from various programs, such as engineering and architecture. The team is further divided into five sub-teams, each focusing on a unique aspect of this competition: Lighting, Building Energy Management, Smart Building Design, Building Information Modelling, and Project Management. The sub-teams have worked very hard in the last three months to propose innovative and cost-effective electrical solutions for a potential U of T dorm.

The Lighting team has proposed 11 different fixtures of LED lights for the entire building. The lights can be dimmed and timed due to the integration of KNX building automation systems, leading to energy savings.

The Building Energy Management team has proposed rooftop solar panels for on-site electricity generation, an all-electric variant refrigerant flow (VRF) HVAC system for heating/cooling, and smart temperature meters to regulate the internal environment. These systems contribute to the sustainability and net-zero goals of the building.

The Building Information Modelling team has produced a 3D model on Revit of the electrical solutions consisting of symbolic components for over 50+ fixtures. This team has also created construction drawings and shop drawings as a part of the proposal.

The Project Management team has developed the cost estimate for the proposed systems accounting for material, labour, equipment, and indirect costs while adhering to the project budget of $2.3 million USD. In addition, the PM team has created a detailed construction schedule for the proposed work that meets the client’s timeline.

The competition has been extremely rewarding for the team. We asked some of the participants about their experience. Here are some of their answers:

"My experience in the ECIC has been simply amazing. It was great to be part of a team that collaborated in terms of creativity, communication, and research. I gained exposure regarding the industry and learned a lot about the number of details that go into building a comfortable living environment." - Shikhar Chaurasia  (Track One, 2T4)

“ECIC has been a challenging competition that would not succeed without supportive members and hard-working team leads. I am impressed by the commitment shown by my colleagues and I have learned much about electronics and building automation from research and discussions.” -James Kwok (CivE, 2T3)

“Being a part of the BIM team, I learned how to use Revit to draw electrical drawings and create important elements such as lighting symbols, switches, and Revit families, etc. thanks to the informative and practical workshop sessions hosted by our Lead and CECA. I got to see how the different systems of the building come together in the model and learned how to organize them to make modelling work more efficient. It was a fun and great experience!” - Jane Gao (CivE, 2T1+ PEY)

We would like to say thank you to every member of the CECA U of T team for all their hard work and dedication this year and ELECTRI and NECA for giving us the opportunity to participate in this rewarding competition. 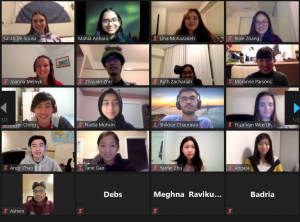 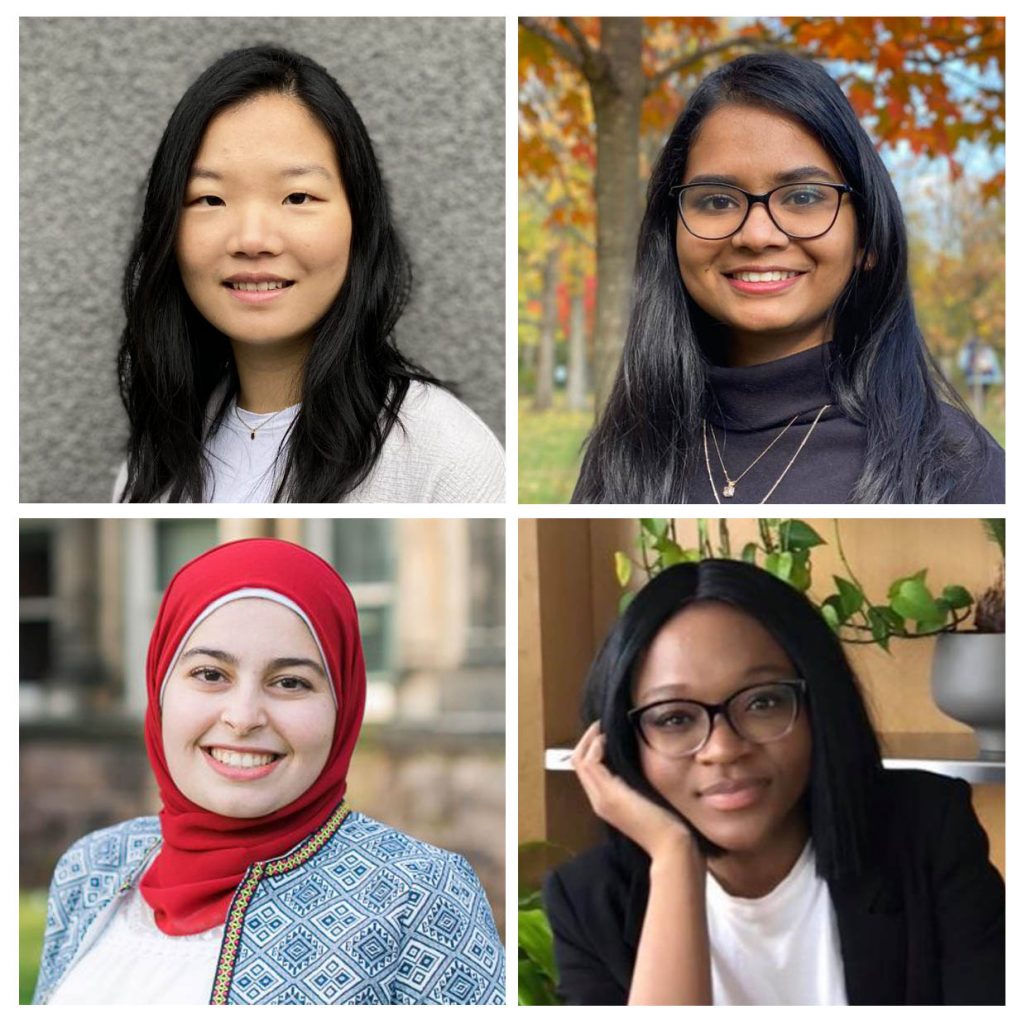 The scholarships were announced at the WTS Virtual Conference on Wednesday, December 3, 2020. 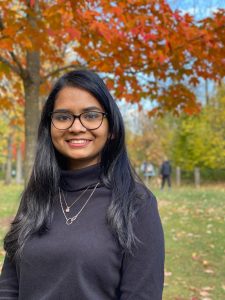 Mahia Anhara is an undergraduate Civil Engineering student at the University of Toronto with a keen interest in transportation engineering. After completing her third year, she began working as an Engineering Intern in the Vision Zero Projects Unit at the City of Toronto, as a part of her Professional Experience Year. Currently in this role, Mahia is helping to eliminate traffic-related fatalities and serious injuries by designing safer streets and intersections for all road users. She was also involved in designing temporary bike lanes on a major road in her neighbourhood, which enables her to bike conveniently and safely to stores, the library, and parks.

At U of T Mahia is very involved in U of T Engineering clubs. She is currently the PEY Representative and a mentor in the Civil Engineering Discipline Club. She is also a Project Manager in the Canadian Electrical Contractors Association (CECA) – U of T Student Chapter.

Mahia believes that roads should not only be designed for motorists, but for all road users, such as pedestrians, cyclists, and transit users so that everyone can access amenities and opportunities safely and equitably.

She wants to pursue a career in developing transportation systems that provide people from all walks of life with improved transit access and safer streets for biking and walking. She looks forward to being an agent in transforming cities to become more resilient and vibrant.

In her own words:

“Many North American cities have been designed in a way to prioritize automobiles. This has led to the rise of inequality, degradation of physical and mental health, and the exacerbation of climate change. I’m inspired to study transportation to help address these issues and make cities more walkable, bikeable, and transit-friendly.”

“It’s important to have more women in the transportation industry as they can bring alternative perspectives to the table and voice their own experiences of using the transportation system. This will lead to better-informed decisions that reflect the needs of diverse users.” 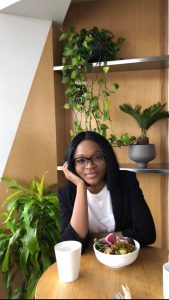 Joanna Ilunga-Kapinga is currently a graduate student in the Masters of Science in Planning program at the University of Toronto. Her CIP supervisor is Professor Matti Siemiatycki.

In 2019, Joanna completed her undergraduate degree at the University of Toronto with an Honours Bachelor of Arts degree with distinction, with a double major (Peace, Conflict, and Justice Studies, and Political Science).

Joanna’s research focuses on transit-oriented development, vertical housing, mixed-use buildings, and city accessibility for individuals with disabilities. Her specialties include policy development and analysis, project management, transportation and urban planning, research analysis, stakeholder engagement, community building, and strategic planning. Joanna is also very interested in the Belt and Road Initiative happening in the Global South. This interest influenced and pushed her to pursue a degree in planning. She believes that good transportation improves access to economic and social qualities of life for all.

Joanna currently serves as the 2020-2021 Urban Land Institute Representative for the second year cohort in the Department of Geography and Planning on the ULI Student Committee, and as a Compliance Director for the G7 Research Group at the University of Toronto.

When she’s not in class, Joanna enjoys creating curated playlists on Spotify, reading, watching foreign films, interior designing, and exploring the city for the most creative built forms and the best pastries. 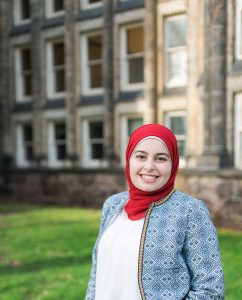 Alaa is a second-year PhD student at the University of Toronto Department of Civil and Mineral Engineering specializing in public transit operations and research under the supervision of Professor Amer Shalaby. She is interested in the field of bus-hailing, dial-a-ride, and flexible transit services where her research focuses on planning and understanding the policies and guidelines of these services in this era of emerging technology and automation.

She obtained her Master’s degree from the University of Toronto in 2019 and a Bachelor’s degree in Civil and Environmental Engineering from the American University of Beirut in Lebanon in 2017.

Since January 2020, Alaa has presented her research at four public forums, beginning with the prestigious Annual Meeting of the Transportation Research Board in January. In April, she presented at Esri Canada’s “GIS in Education and Research Conference.” In June, Alaa presented at both “Transformative Transportation ’20” and the “iCity Research Days Webinar Series.”

In addition to volunteering and presenting her research, Alaa also participated in a hackathon on urban transit data, and most recently, in the 2020 ITS Canada Essay Competition where she won second prize.

Alaa is motivated by her personal, lived experience. She explains:

“I have a passion for transit and I will continue working towards more equitable transportation options, as I grew up in a city that did not have a public transport network, and I struggled a lot getting around in my own city.” 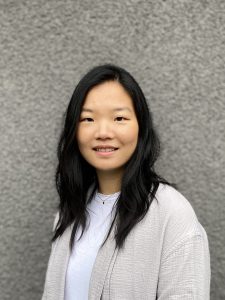 Felita Ong is an MASc student at the University of Toronto Department of Civil and Mineral Engineering under the supervision of Professor Khandker Nurul Habib. She obtained a BASc in Civil Engineering from the University of British Columbia and has experience in transportation planning and operations through her work in both the public and private sectors.

Felita is passionate about introducing young students to STEM, including transportation engineering. She is currently a high school mentor through the Women in Science and Engineering (WISE) U of T Chapter, and was previously an instructor for the UBC Geering Up Engineering Outreach, a non-profit organization that promotes STEM to young students throughout British Columbia.

Felita is proud that her research has real-world benefits. She says:

“Transportation is a multidisciplinary field that has a direct impact on everyday lives. I hope to contribute to a sustainable, equitable, and efficient transportation system.”

The scholarship donor organization, WTS (Women’s Transportation Seminar) International, was founded in 1977 by a group of pioneering women in transportation who realized that women’s careers would benefit from professional development, encouragement and recognition to support their advancement in transportation professions. It is a member organization with chapters worldwide, including the WTS Toronto Area Chapter established in 2013.

This story originally posted by UTTRI