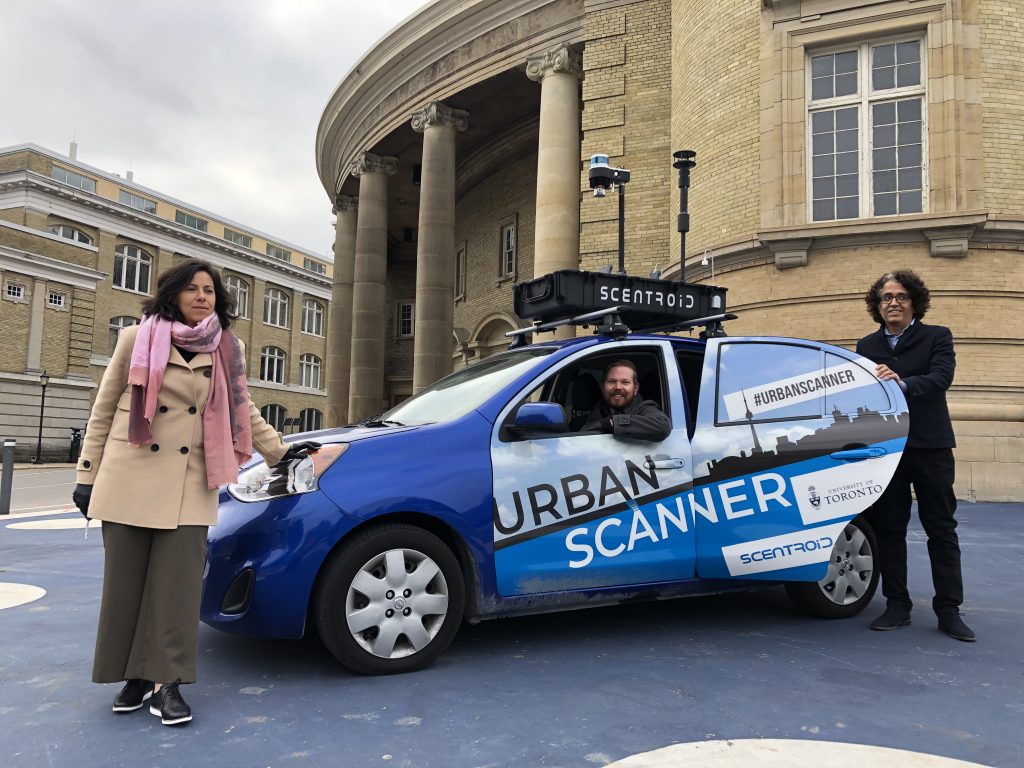 What rolls around the city getting a lot of admiring looks for its flashy chromed finishes and high tech roof protrusions? It’s not the latest tech from a popular web search engine company; it’s something entirely different. Meet UrbanScanner, a mobile testing laboratory on wheels, in the form of an automobile, researchers are driving around Toronto to monitor air pollution.

The Transportation and Air Quality (TRAQ) research group within the Department of Civil & Mineral Engineering at U of T, led by Prof. Marianne Hatzopoulou, has partnered with Scentroid, a Toronto-based company developing sensor-based systems for urban air pollution monitoring. The result is the development of UrbanScanner.

Hatzopoulou’s team, comprised of research associate Arman Ganji, PhD and Keni Mallinen, an MASc candidate, has been getting a lot of looks while gathering their data, but little is known about this mysteriously well-equipped rolling lab.

With a 360-degree camera, LIDAR (Light Detection and Ranging), GPS, an ultrasonic anemometer, temperature and relative humidity sensors, as well as particulate matter and gas sensors, UrbanScanner can monitor air pollution in a variety of methods. A platform on the roof of the vehicle streams data to a cloud server, with air pollution measured every second and paired with the camera and LIDAR images. 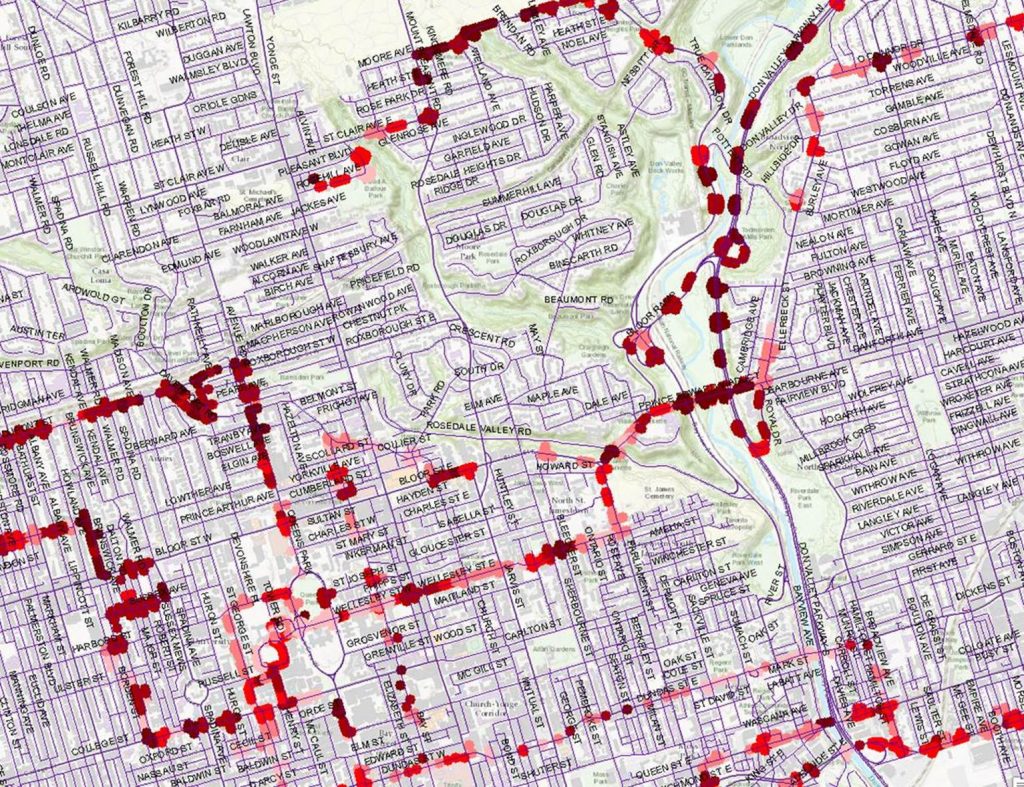 An example of UrbanScanner data points collected for pollution concentration overlapped with a City of Toronto street map.

Besides air quality, the traffic, trees and built environment are constantly measured. All of the data is overlaid over city maps with the aid of GPS, allowing for real-time measurements of traffic flow, number and height of trees, as well as building forms. With the ability to measure air flow and pollution near built-up urban areas, the maps can reveal elevated pollution levels, especially at rush hour and depending upon the season.

All of the data collected thus far takes time and effort to process, but Hatzopoulou has plans going forward. “Since September 2020, UrbanScanner has been collecting air quality data across Toronto, both along major roads and within Toronto neighbourhoods,” she says. “These data were paired with images of the urban environment from the UrbanScanner camera and these images will be analyzed to extract important features that affect air quality. This massive database will continue to grow as UrbanScanner collects data across seasons and will help us predict air quality in space and time, providing crucial information about population exposures in the City.”

Hatzopoulou adds, “Our team is also working on a smaller, more compact version of UrbanScanner with multiple units that will be installed on commercial/delivery vehicles. Imagine a dozen UrbanScanners collecting data simultaneously every day in Toronto!”

The research team is also developing a website to share data from the UrbanScanner project with the public and working on ways to enhance public engagement around urban air quality.

So, now if you see UrbanScanner in your neighbourhood you’ll know exactly what the team is up to. Please feel free to take a snap and tag #UrbanScanner and @CivMin.

60 • Kilometres driven each day of monitoring.