Over 500,000 views within a two-week period provides spotlight to Structures Lab video

A video posted on CivMin’s YouTube channel nearly seven years ago has received a sudden surge of interest during the month of March.

The 2014 posting titled “Beam test…watch beam failure in slow-motion!” has garnered over a half-million views in recent weeks. Over the last several years the video has received moderate attention, but suddenly surged to almost 1.4 million total views, the majority of which occurring over the last two weeks of March. A peak of nearly 46,000 views in a single day stood out on March 26.

A graph shows the viewing audience for the CivMin YouTube video “Beam test… watch beam failure in slow-motion!” during March 2021, with over 500,000 new views. (YouTube)

Speculation abounds as to the reason the nearly seven-year-old video has bloomed in popularity. A suggestion offered was it might be the time of year in many engineering courses when it is usual to discuss different ways that concrete members can fail, and maybe they added our video to their online class. Perhaps a professor made a list of useful videos to watch, and this was one. 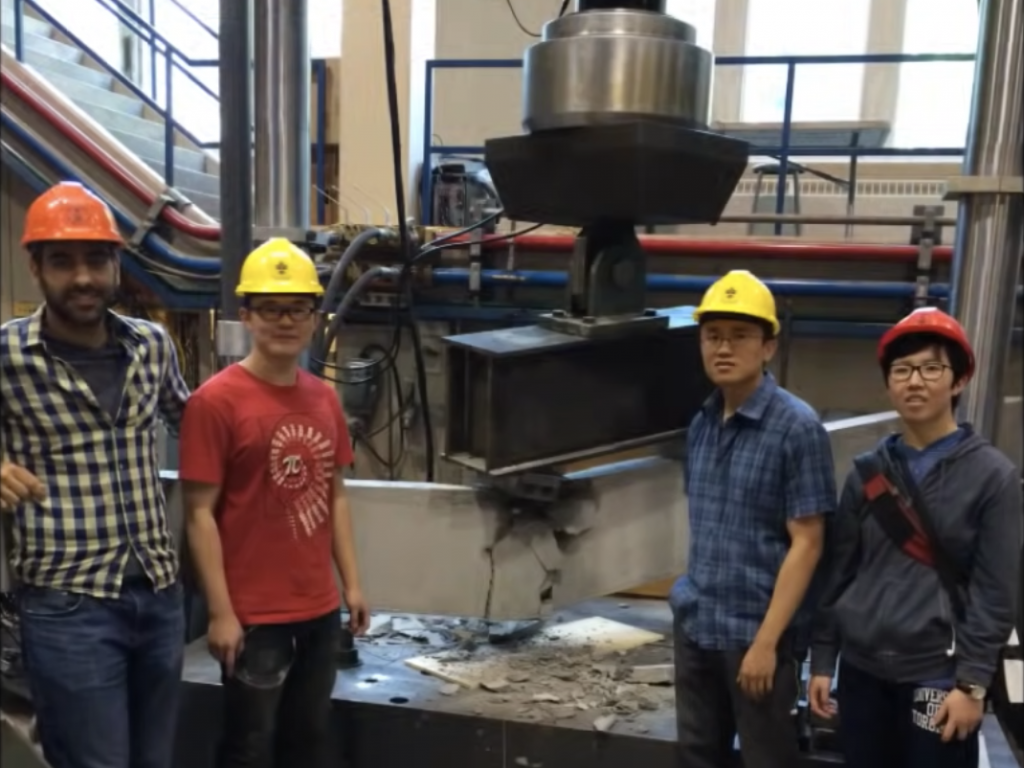 The concrete span was tested to failure (when the reinforced concrete beam could no longer carry the load). The strands started to yield at approximately 156KN. Strands yield when the load reached 157.8KN. The U of T team’s entry placed fourth in the Zone 7 grouping for the 2014 competition.

Each year, the Precast/Prestressed Concrete Institute (PCI) challenges students to design, fabricate and test a prestressed concrete beam. Each beam is judged on a number of criteria including cost, efficiency, practicality and accuracy of predicted behaviour. Teams from all around the world compete in this international competition. The 2014 team from the University of Toronto includes Rami Mansour, Amos Chen, Karl Shao and Xi Li. The rectangular, variable depth beam is post-tensioned with harped strands.

For the test, the beam was supported at it’s two ends with two incrementally increasing loads at midspan. It is interesting to note that the majority of the beams deflection occurs after the steel tendons have yielded. In addition, the explosive failure is a result of the concrete crushing at the top of the beam.