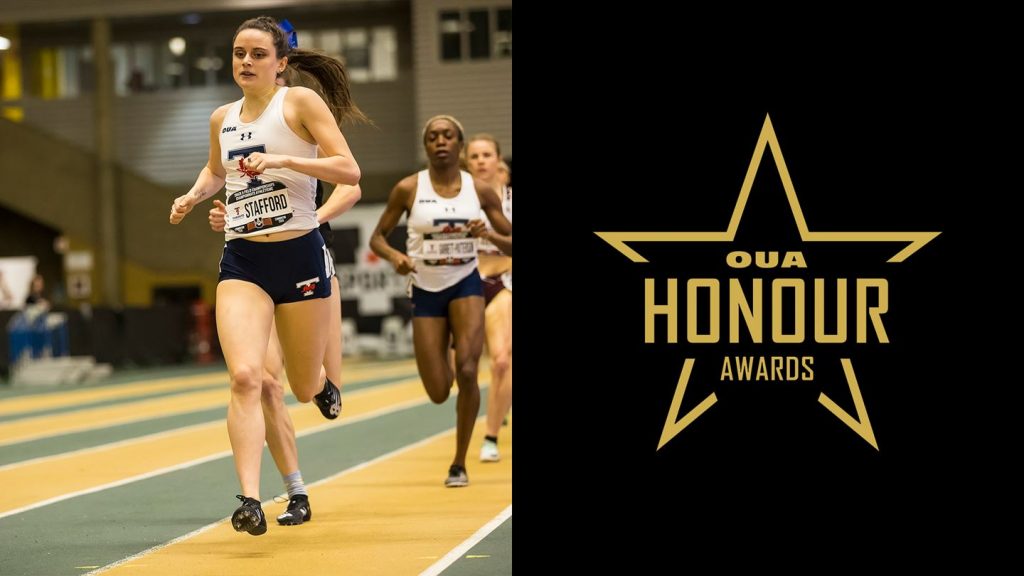 CivMin’s Lucia Stafford, a University of Toronto Varsity Blues cross country and track and field standout, was named the 2019-20 Ontario University Athletics (OUA) female athlete of the year across all sports as announced on Wednesday afternoon. Stafford is an upper-year civil engineering student.

Stafford was named both the OUA and U SPORTS cross country athlete of the year after winning gold at both championships this season. The OUA first-team all-star and U SPORTS first team all-Canadian dominated the season, winning the OUA title by six seconds and the U SPORTS crown by a whopping 14 seconds.

On the track, she helped the Blues to a bronze-medal finish at the conference meet, claiming silver in the 4×800 relay. At the national championships, the engineering major won both the 1000m and 1500m, while earning silver and bronze in the 4×800 and 4×400 relays, respectively.

Earlier in the season, the U SPORTS first team all-Canadian broke two Canadian under-23 records in the mile and 1000m and also recorded two fifth-place finishes while representing Canada at the 2019 FISU Summer Universiade in Naples, Italy.