Skip to Main Content
U of T ENGINEERING
Posted May 12th, 2020 by Phill Snel

While the U of T campus is closed to the public, in-person classes and non-essential lab work, an attempt is being made to connect with individuals continuing to work from home. This is part of a regular series to help bring us together as we remain apart during this public health crisis. 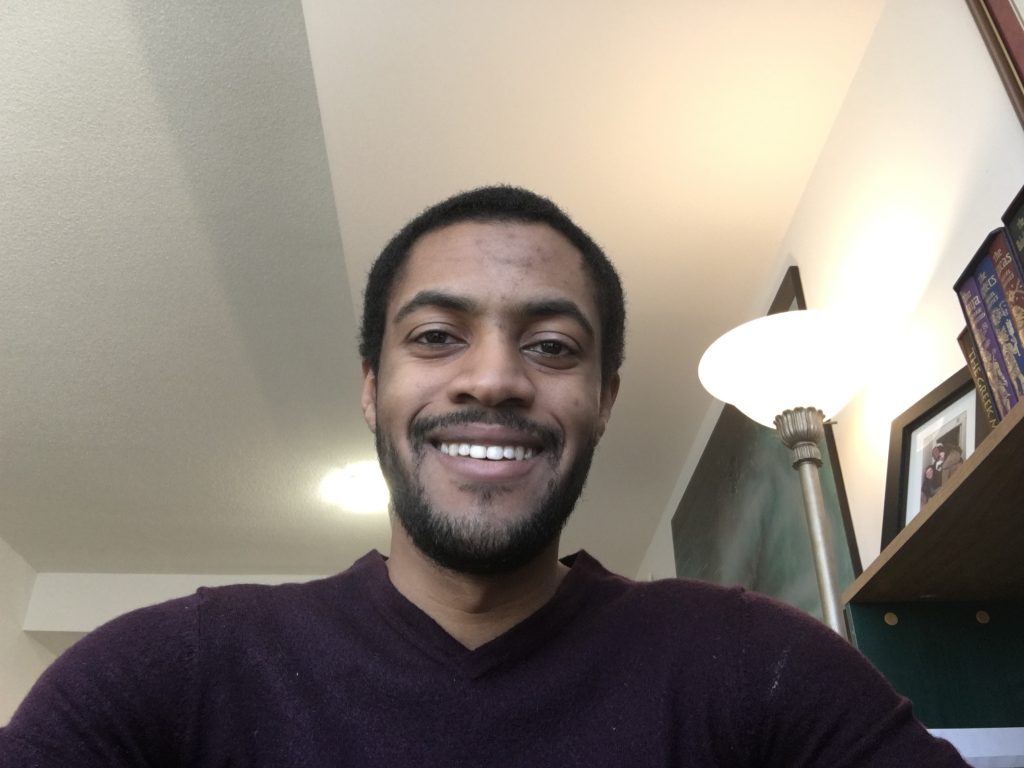 Nathan Moore in a screenshot from an online video chat.

Nathan Moore is a civil engineering PhD candidate, working on water-stressed areas of the world looking at treatment technology of waste water to ultra-purify for municipal uses under supervisor Professor Ron Hoffmann.
He shares his perspective as a graduate student now working from home.

What was I up to before the current work from home situation?
From January to early March, leading up to when things began to escalate in Toronto, I had been in a hectic period of lab experiments and then on March 7th I left for a conference in Orlando, Florida. Certainly an interesting time to be travelling, especially in as heavy of a tourist destination as Orlando. I got back on March 12th, and two days later the City of Toronto released a statement asking anyone who had travelled out of the country to self-isolate for 14 days. So the working from home started a little early for me. I had no symptoms during that time, but I was worried for the people who I’d been around during those two days, in case I’d been carrying the virus asymptomatically.

What am I doing now?
I mentioned I was in the lab for the first part of this year. Luckily, this meant I had a ton of data to go through. So it kept me pretty busy for a few weeks. I’m also a teaching assistant this semester, so I had a few days of work there, too.

In terms of what I’m doing now: I’m at a stage in my degree where it is probably valuable to take a step back and assess: what results do I have and what are the next steps for that work, what projects do I have coming up and what planning do I need to do in order to get that work up and running? So I’m doing a lot of data processing and planning right now.

My supervisor contacted all of his students suggesting that they think of ways to incorporate modelling into their work, which can be done from home. I do work on municipal water treatment, so the public service of delivering safe water to people. Modelling there would look at ways to predict the performance of the treatment technologies that I focus on.

How has the transition been for you?
I feel like I have been luckier than most. I hear the numbers about how many people have lost their jobs due to the crisis, the stories of people looking for compensation or needing a break so they can pay rent. I have friends and family who have been affected by all of that directly. For me, I feel so fortunate I can continue with much of my work from home, and still able to receive my steady income from TAing and research, which has allowed me some security. I think, like many people, I am concerned for the elderly and immunocompromised in my life, and family living in more heavily affected areas. 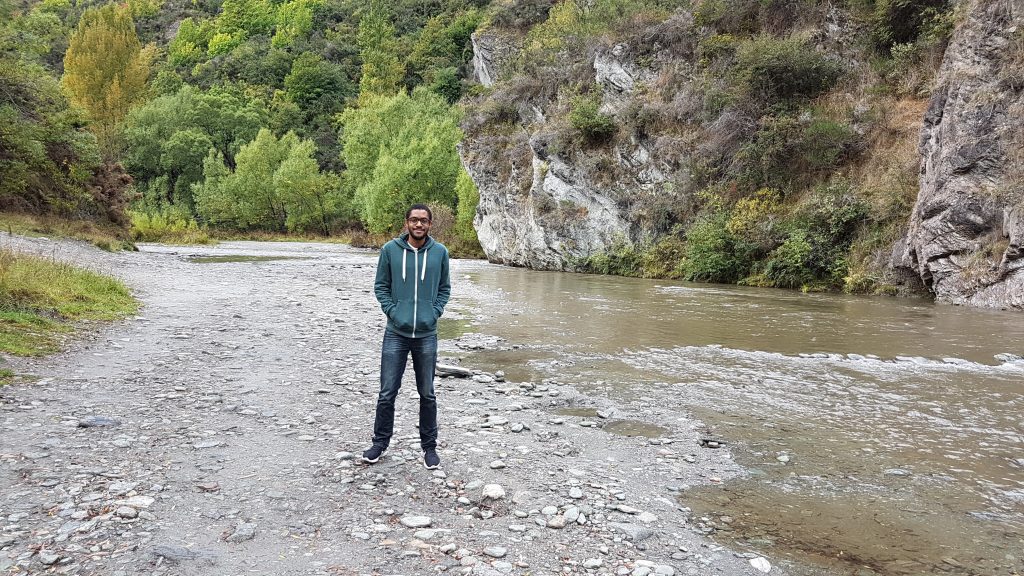 Nathan Moore one year ago in 2019: last year at this time I was on a trip travelling around New Zealand. There I was in Arrowtown on the South Island. I would never have guessed what would be happening/where I’d be a year later…

A low point of the transition: