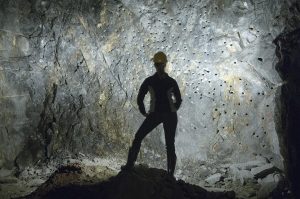 Mining’s “not so secret” secret

It is an accepted industry-wide truth: mining has a gender diversity issue.

The industry lags behind most other sectors in tackling this systemic problem with recent statistics showing women represent only 16 per cent of the Canadian mining workforce compared to 48 per cent of the overall Canadian workforce.

The challenge of building a gender-balanced workforce stretches from site to the boardroom. According to a 2016 PWC study, the mining industry has the lowest representation of women on boards of any other sector, including oil and gas, technology, and manufacturing. Additionally, out of the top 500 globally listed mining companies, only 8 per cent of executive officers in company leadership roles are women (Mining.com).

Whiffs of change
Between 2018 and 2019, mining companies such as Agnico Eagle, Barrick Gold and Newmont Goldcorp have started making strides in narrowing the gender gap. For example, in 2018, Agnico Eagle became an active participant in The International Women in Resources Mentorship Program (IWRMP), a collaboration between International Women in Mining, Women in Mining Canada and Metisphere. IWRMP connects senior global female mining leaders with mentees in a variety of occupations across the entire mining cycle. In early 2019 Barrick Gold began a certification process for gender equality at its Pueblo Viejo mine in the Dominican Republic. Newmont Goldcorp’s CEO, Gary Goldberg, pledged support for Paradigm for Parity, a global corporate initiative to achieve gender parity by 2030 and holding true to that commitment, Newmont most recently appointed three female executives after their merger with Goldcorp.  These are all important steps, however for systemic transformative change, these types of initiatives need to be happening industry wide and with clear accelerated targets to achieve parity and inclusivity.

It just makes business sense
It has been shown time and again that companies prioritizing diversity and inclusivity are 21 per cent more likely to deliver “above-average profitability” and greater long-term value with the key correlation linked to gender diverse executive teams (McKinsey).  Why might this be so? Mining companies prioritizing gender parity as a strategic objective possess a diversity of ideas, experiences, cognitive frameworks and expertise that becomes an advantage in a competitive market, e.g.  facing volatile commodity prices.  A diverse workforce is more adaptable and productive; delivering higher performance for shareholders and stakeholders (McKinsey).

CEO and President of Teck, Don Lindsay states, “An inclusive and diverse workforce can lead to improved health and safety performance, increased innovation and productivity, and better decision-making.”

Studies have shown that greater diversity at a company can lead to better financial performance, especially when seen at the board and senior management level (Shecter, Barbara, What’s a woman on the board worth to stock investors? About 300 bps, according to CIBC study. Financial Post, 2017). Underscoring what inclusivity delivers for better margins, a 2016 PWC study found a higher average profit margin overall (23 per cent) for mining companies with mixed gender boards, compared to the average net profit margin for the top 100 mining companies (20 per cent).

Building the Diversity Pipeline: Recruitment, retention and promotion
While the business case is clear: women in leadership is good for business – the challenge of retention reflected by the extremely  high attrition rate of mid-career female talent is a critical issue across the industry.

There have been great efforts by educational institutions like the Department of Civil and Mineral (our graduating class was 35 per cent female in 2019) and other initiatives like Vale’s Voisey’s Bay Underground Training Program (seeing 4 females of 10 incoming trainees) to attract females to the industry. However, even with increased female recruitment focus, systemic corporate barriers persist stifling women throughout the duration of their career and resulting in a ‘leaky pipeline’. This leak has been highlighted most recently through the #MeTooMining movement where  female mining professionals have come forward to voice their negative experiences on mine sites, in boardrooms and throughout the industry as well as their reasons for leaving the sector all together.

This pain point is an especially important one for an industry that requires maximum efficiency, resiliency and adaptability in order to survive and thrive. The loss of experience, competencies and decision-making skills residing in these women must be addressed with initiatives to tackle biased corporate culture.

Women face unique challenges in mining compared to their male counterparts, as a study concluded by Women in Mining Canada (Women in Mining Canada, Ramp-Up: A Study on the Status of Women in Canada’s Mining and Exploration Sector (Women in Mining Canada, February 2010). The study cited: work culture, lack of mentors, perception of their skills and work-life conflicts as some of the key barriers to female career advancement. In particular, fly-in fly-out mine sites were of concern for family planning and other life commitments the study found.

Where to start? Looking at the percentage of women at each phase of the career cycle is a productive and meaningful way for mining companies to measure the health of their workforce and identify where barriers and biases occur. Monitoring imbalances in gender pay gaps, gender-bias performance metrics, the ratio of eligible women versus promotion rates of women, or their odds of advancement compared to their male colleagues, are all ways mining companies can ensure their business operations are fully supporting and thus retaining women in the workplace.

Change comes from the top down
Transforming a culture requires commitment across an entire line of business; but mining company CEO’s dedicating efforts to this inclusivity imperative see the greatest results. Building a culture of inclusivity requires the active endorsement, sponsorship and amendment of business objectives by senior leadership.  Top executives must be the agent of change to reform the power structure and dissuade systematic unconscious bias.  Without this top-down culture shift, on-site employees will never substantively engage, and transformation will not take place. For this change, and its associated boost to company profits to happen in our lifetime, rather than at the current glacial rate of change, we need more women on boards and in leadership positions now.

“Companies should require, not ask that executives promote, recruit and include women,” stated Cynthia Carrol the former CEO of Anglo America (2007-2013).

These concerns are gaining more traction with top mining leadership who are making both the ethical and business case for a dramatic culture shift.

Andrew Mackenzie, CEO, BHP says this about the gender parity goal at their Annual Meeting, “It will demand that we question our own biases when we make decisions, that we make our workplaces more flexible and that we challenge dated stereotypes about jobs in the resources industry.” Mr. Mackenzie recently said in an interview with the Sydney Herald, “It is about tapping “the best brains in the planet”, Mackenzie says, including younger people “who are at their most productive, their most inspirational, their most quick-thinking, their most quick-witted – we need to be attractive to them by having a modern approach to sexuality and race and inclusion. When they get here there should be absolutely no discrimination, and a sense that they can flourish.”

There had been unconscious bias in the industry and that women had been disadvantaged. In the company’s “most inclusive and diverse sites” performance is 15 per cent higher.

Around the world, countries are taking notice of the sizable deficit of female representation on boards. Though not strictly focusing on mining companies, the emphasis on gender parity through legislation associated with mandatory quotas or comply-explain regimes is sparking much debate.

While quotas can be helpful to provide measurable targets, there must be meaningful change for gender parity to take hold and transform a business. Women’s qualifications must hold equal weight to their male counterparts. The persistence of the ‘old boys network’, must make way for equitable appointments based on merits. With only 16 per cent representation in the overall workforce, women’s networks are limited, and male champions are needed to create dial-moving solutions.

The Lassonde Institute of Mining

As men, early in our career or later on in our career, we need to take every opportunity to come alongside our female colleges and support and advocate for them. We need to listen and champion for their efforts and realize it is everyone’s responsibility to make this industry welcoming to all. Having women in this sector makes us smarter and more resilient for a future where vital resources are critical.
Ian Pearce (Chair of the Board, New Gold; Director, Nexa Resources; Vice Chair, Outotec and Chair, MineSense Technologies).

Ian Pearce, an active industry advisor and champion for the Lassonde Institute, works alongside an all-women leadership team and first-ever woman director, Professor Lesley Warren, to develop a new vision for the 20-year old Institute.

Gender parity is not just seen at the L/I leadership level, but also in our top research pool of principal investigators. Over 50% of our L/I principle investigators are women. This feat, the likes of which other mining programs and institutes have not yet achieved, has been made possible by the catalyzing efforts of Dean Emerita Cristina Amon of the Faculty of Applied Science and Engineering at the University of Toronto. Her persistent championing efforts towards diversity, inclusivity and parity within the Faculty additionally supported by Department of Civil & Mineral Engineering’s chair, Professor Brent Sleep, have made this positive change possible at the Lassonde Institute.

The future of mining depends on diversity in mining
A diverse mining industry will mean a workforce that is flexible, adaptable and well prepared to tackle uncertainty. Canada’s mining sector could and should be global leaders in driving this transformative change. The facts tell us that in the process, they would gain significant competitive advantage and position themselves to reap massive rewards. 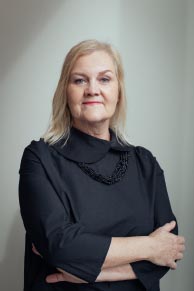 Lesley Warren is the Director of the Lassonde Institute of Mining. She holds the Claudette-MacKay Lassonde Chair in Mineral Engineering.

The Lassonde Institute is continuing to expand with the addition of new Principal Investigators in emerging mining fields and new global initiatives launching this year 2019-20. Learn about our future events and updates by visiting lassondeinstitute.utoronto.ca/join-the-lassonde-institute-mailing-list to sign up for our community emails.