Skip to Main Content
U of T ENGINEERING
Posted May 2nd, 2022 by Phill Snel 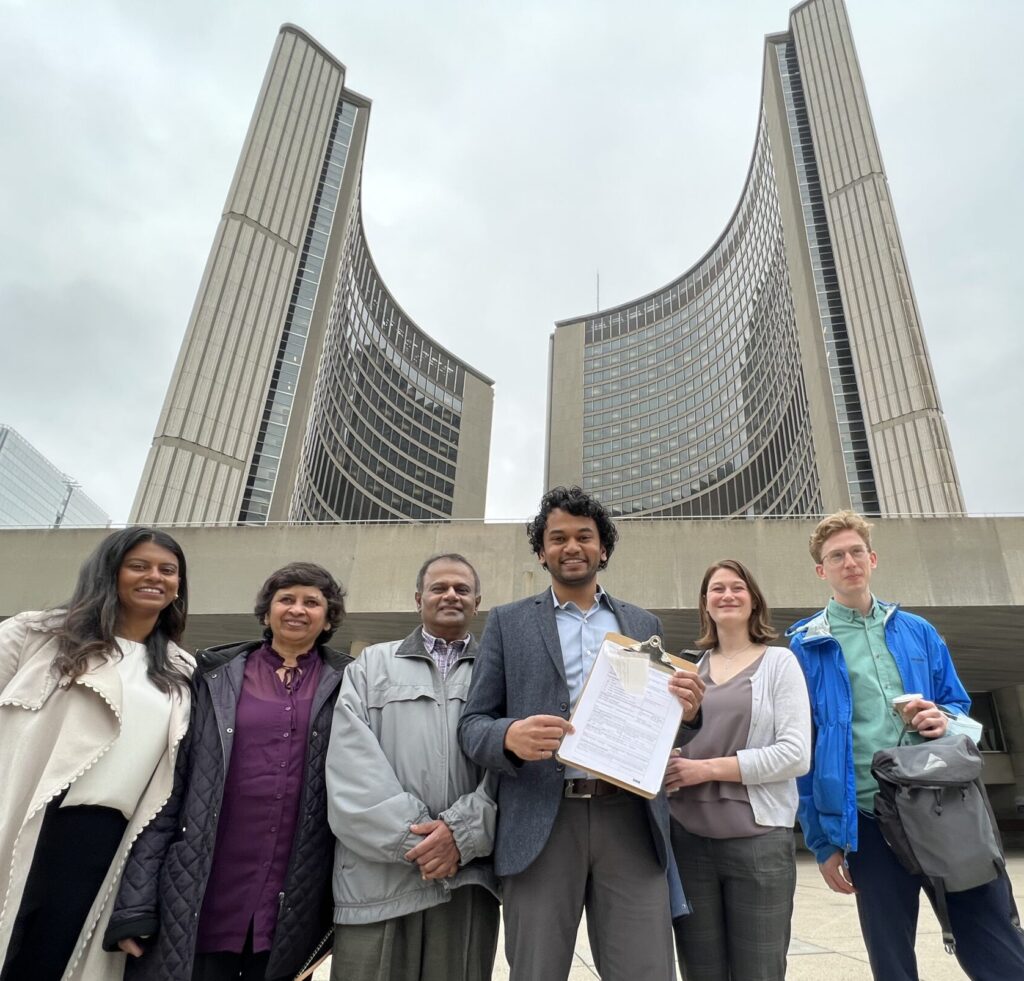 Kevin Rupasinghe (CivE MEngCEM 2T1) holds his election registration paperwork while surrounded by family members and supporters in front of City Hall on Monday, May 2, 2022. (Photo by Phill Snel)

Kevin Rupasinghe (ElecE BASc 1T6+PEY, CivE MEngCEM 2T1) has registered to run for a seat on city council. The alumnus has extensive experience as a cycling advocate in Toronto, predominantly with Cycle Toronto, and has been outspoken about seeking electoral reform in the form of ranked ballots, as a 2020 Toronto Star op-ed piece illustrated.

Prior to filing his paperwork for Ward 20, Scarborough Southwest, Rupasinghe quips, “The op-ed piece displayed my opinion of how I think things should go, and I guess now those feelings have galvanized into actually running to make a difference.”

Rupasinghe’s arrival at City Hall the morning of Monday, May 2 was anything but ordinary. What might otherwise be considered an early arrival at 7:45 a.m., for his 8:30 a.m. registration appointment, was packed with activity. Family members, consisting of his parents and sister, were already on scene to greet him. What might have otherwise been a small entourage, was further boosted by supporting team members and multiple members of a documentary film crew. 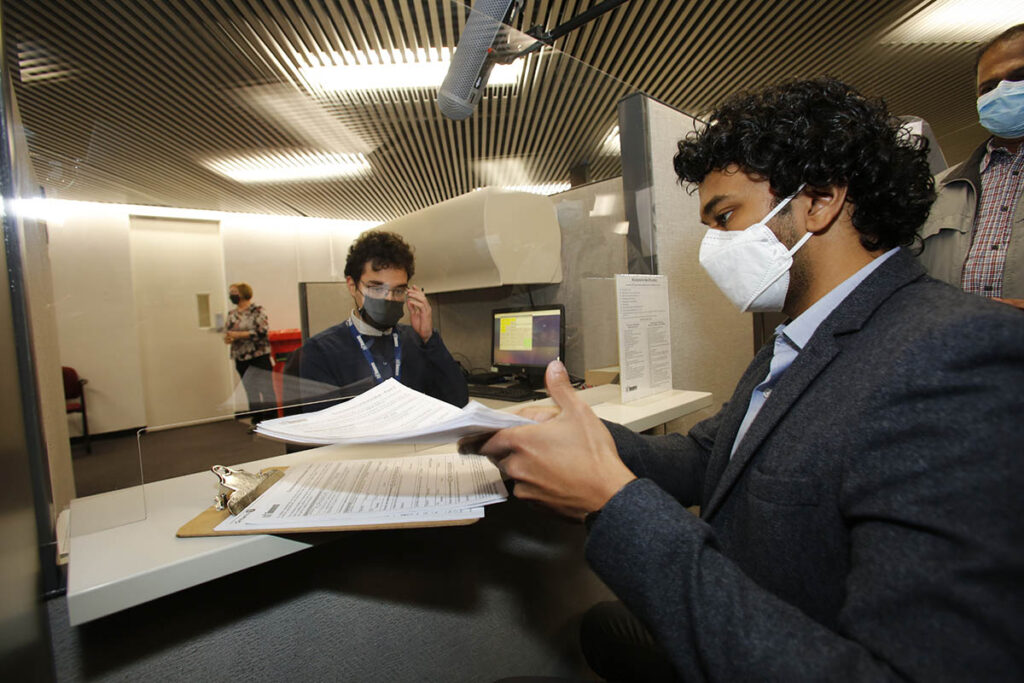 Kevin Rupasinghe (CivE MEngCEM 2T1) files the paperwork to run for councilor in Scarborough Southwest, on Monday, May 2, 2022. (Photo by Phill Snel)

“Toronto Council needs fresh energy and fresh perspective,” he says. “For me, everything from having safer and more vibrant streets,” is an important starting point, adding, “We need a council that looks like the city. that understands the experience of the people in the city and shares those priorities. We are one of the most culturally diverse cities in the world.”

When asked about any difficulties facing him in the election, in which he would need to upset incumbent Gary Crawford, Rupasinghe expresses, “One, the wards are huge with the doubling in size last election – it will take a lot of time to knock on all those doors now.” His campaign website expresses as much with the slogan “Fighting for the future of Scarborough.”

Rupasinghe is confident his experience, as well as formal education, gives him an upper hand, “Building a 21st century city is complicated. Every one of these issues, whether it’s our streets, whether it’s sustainable and affordable development, tackling our climate crisis. All of this is involves areas I’ve had to draw on from what I’ve learned in school, as well as community organizing when connecting with people. So being able to blend both of those together has been amazing for me bringing forward my ideas, and being able to stitch together a picture my community is painting.”

The municipal election is October 24.

CivMin had a Q&A with Kevin Rupasinghe in September 2020