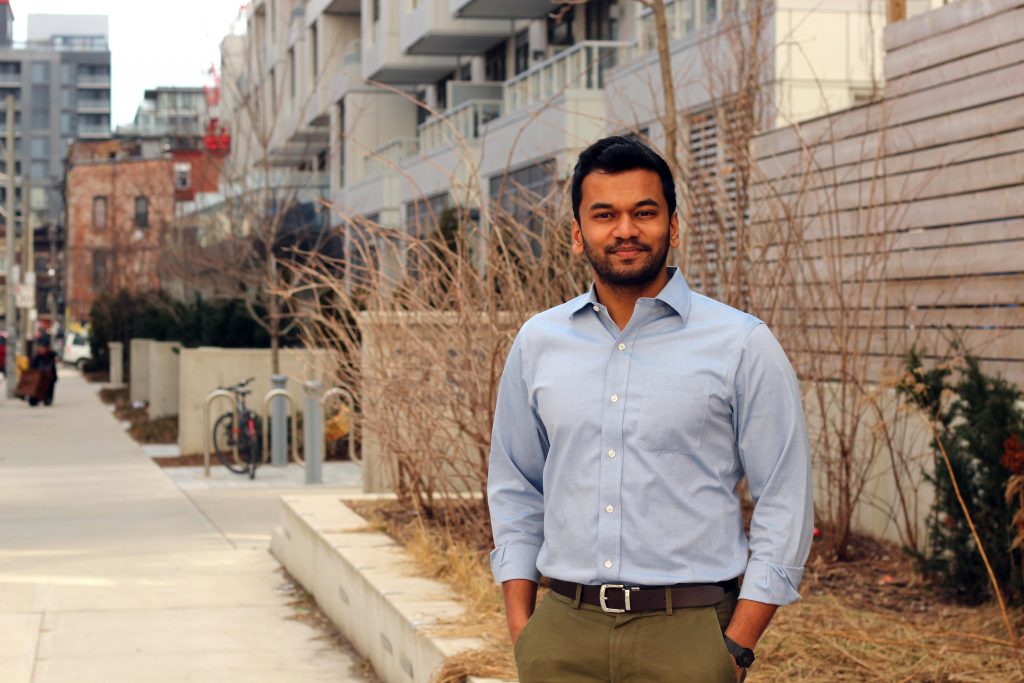 Kevin Rupasinghe, a student enrolled in the Master of Engineering Cities Engineering & Management (MEng CEM) program in the Department of Civil & Mineral Engineering at the University of Toronto, wrote an op-ed which was published by the Toronto Star this week. Rupasinghe addressed the issue of ranked ballots for Toronto’s municipal elections and why the reform should not wait several more years.

CivMin had a chat with Rupasinghe to learn a bit more about him and the op-ed in advance of a vote by the City of Toronto’s councillors on Wednesday, September 30.

What prompted writing this op-ed letter?

I know it’s not the typical thing I usually read on Engineering News – the articles are usually more technical or about some innovation. But as the CEM program considers both technical and policy, and policy comes down to our elected officials, I felt this was relevant to write about.

It was upsetting to hear ranked ballots could be delayed until 2026. We were promised in 2018 that our first-past-the-post system would be gone by 2022. Suddenly finding out we need to wait another six years was very frustrating.

As you pointed out in your op-ed, the City of Toronto pivoted quite quickly to account for the drastically reduced number of councillors able to run for election when mandated by the province in 2018. So rapid change is quite possible.

Yes, exactly. Even before COVID, there were sudden shocks such as the restructuring of our city council in 2018, months before the election. It was a big deal at the time to suddenly change the number of wards, but the City Clerk’s office adapted quite quickly.

Now, in the last six months during this pandemic, we’ve seen lots of adaptation following a disruptive event. Entire industries moved to telecommuting overnight, public health stepped up to lead for months, teachers and students have been trying to adjust  – everybody has been trying to figure out how to make things work.

It’s not all perfect, but I think the pandemic has shown us we can’t wait until we have the perfect solution – you must act quickly, then iterate to improve your solution. So we should not wait six years, we should move quickly to improve our voting system.

Do you think, because you’re in the MEng CEM program, you have a different voice with the city than others might have?

I think, of course, everyone’s voice carries. Everyone has life experiences and this carries a lot of weight. Certainly STEM is under-represented on City Council, and though Councillors receives lots of good technical advice, it’s not always followed or prioritized. I think, hearing from people in STEM, you typically are counted as experts – I think that does help carry a bit more weight on certain issues.

Do you usually get involved in local politics or any politics?

I have been involved in some local issues but not to this extent around municipal elections. I know it’s not everyone’s top priority, but it was mind boggling to me that this would be the situation we’re in. It’s immensely disappointing to think we could wait another six years, that we’re just going to throw in the towel and not even try to make things better now.

Especially when we recognize if we had done something about our election system before the pandemic, maybe we wouldn’t be in this mess at all because we would have better elected officials that better understood our priorities and could have helped mitigate the worst impacts. I think from this perspective is why I feel there’s some urgency and I don’t want to see a decision this week where we come back to it again in four, five or six years.

Have you written many letters before about your various viewpoints on matters?

I think it was just because when I found out I was thinking, “This is crazy.” So, on top of school and work and everything, I needed to find some time to articulate my thoughts and share because I think even though it’s not particularly interesting, elections are the foundation on which our democracy is built off, and every dollar and every hour the city spends flows through City Council. And so if we don’t fix this issue to fix how Council is elected, then everything else we do is coming through a flawed system.

Professionally, what are you doing now? You said you’re working and going to school.

Yes, I work in the transportation space for a non-profit that does cycling advocacy. Cycling has obviously been very popular throughout the pandemic and so we’ve had an ongoing rollout of cycling infrastructure in Toronto and bike shops have been sold out for months. The public is looking for safe, healthy, physically distant ways to get around, and they also want to maintain their mental and physical health. Throughout the pandemic it’s been great to see Torontonians embrace cycling to a greater extent.

Thanks for the chat.

Recently, Toronto’s city clerk claimed switching to a ranked ballot system for the 2022 municipal election is impossible due to COVID-19, and suggested postponing until 2026. This is unexpected and disappointing news.

Currently, Toronto’s elections use the first-past-the-post system: the candidate with the most votes wins, even without a majority. Imagine children voting for a snack on a hot summer day: chocolate ice cream, vanilla ice cream or oatmeal raisin cookies. If 60 per cent prefer ice cream of any flavour, but the vote is split 30/30 between chocolate and vanilla, tough luck — the minority 40 per cent that preferred cookies had more votes than either ice cream flavour.

More kids would be happy with ice cream of either flavour, but their vote was split, and the least preferred option was selected. It would be better if they could rank their choices: I prefer vanilla; if not, chocolate; lastly, a cookie.

For me, a young, brown-skinned man, waiting six more years to see someone like myself on council is utterly disappointing.

Our 26-person city council has sixteen white men. There are eight women, of whom two are East Asian, the rest white. Is this a council that truly represents Toronto?

Are more than eight in ten Torontonians white? Surely more than a third of Torontonians are women. Does our one Black councillor adequately reflect our strong Caribbean and South Asian communities?

City Clerk Ulli S. Watkiss claims COVID-19 has made it impossible to implement ranked ballots any sooner than six years from now. In reality, had ranked ballots already been implemented, we might have mitigated COVID-19’s worst effects.

Racialized people make up 83 per cent of Toronto’s COVID-19 cases. Over half of cases impact low-income residents. How many on council count themselves as racialized? How many were formerly low-income?

A city council that better reflected residents’ priorities could have had measures in place that avoided the worst of COVID-19. A robust, uncrowded transit network. Abundant affordable housing. Improved access to childcare. A city government that would pressure the province to better fund public health, education or paid sick days.

The City Clerk’s Office has dealt with shocks before. When the Ontario government abruptly changed the election rules in 2018, they shifted to a 25-ward election in just weeks — normally a years-long process.

The public sector has pivoted quickly to address the pandemic. Our healthcare workers, transportation operators and teachers have all adapted to rapidly changing conditions. Now, the city clerk must step up, pandemic or not, to support our democracy.

This Wednesday, city council can reaffirm its commitment to ranked ballots by 2022 by voting to have City Clerk Ulli S. Watkiss continue working toward that goal.

Our city’s future, including our ability to withstand the next pandemic, will hinge on Torontonians getting a better ballot by the next election.