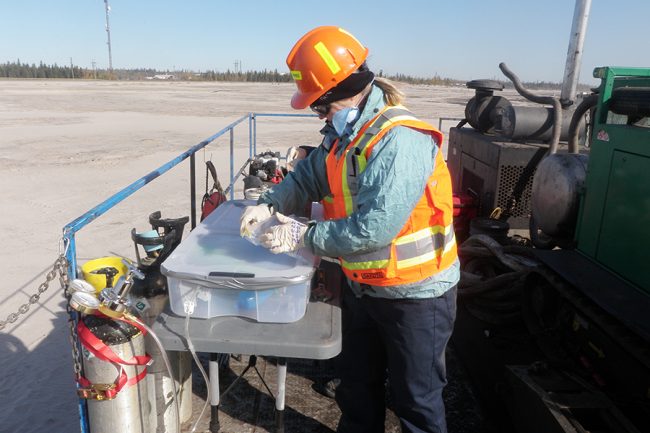 In a variety of environments — lakes, soils, even mining wastewater — bacteria carry out a wide range of chemical reactions. But a new study from Professor Lesley Warren (CivMin, Lassonde Institute) and her collaborators suggests that previously unknown viruses might also play a key role. The biocatalytic power of these organisms could one day be harnessed in the fight against climate change.

The past year has demonstrated just how powerful and disruptive viruses can be, not only to our health but also risks to our social structures, economies and even our planet.

But viruses don’t only cause disease in humans; plenty of them also infect bacteria. Known as bacteriophages, or just phages, the vast majority of these viruses are poorly understood due to the challenges of growing and studying them in the lab.

However, earlier this year, a new paper in Nature outlined surprising findings from this field: the discovery that some naturally-occurring phages have very large genomes. This is in contrast to previously held understanding that because viruses rely on their host’s replication machinery to multiply, they contain very few genes.

“The discovery that these viruses have large genomes and possess potentially functional genes leads us to ask: what can these genes do?” says Warren. “What are their undiscovered capabilities? What are we underestimating about them?”

Warren and her colleagues use a technique known as metagenomics to learn about wild viruses without having to culture them directly. By extracting and studying viral genetic sequences from wastewater, soil or other media, they can learn about the biochemical processes these life forms may be able to perform.

Last month, Warren, along with Professor Jill Banfield and Dr. Lin-Xing Chen (first author) of the University of California, Berkeley, co-authored a paper in Nature Microbiology  that offers some answers.

The team sampled freshwater systems around the world, including Syncrude Canada’s Base Mine Lake, a commercial size demonstration of water capped tailings technology in northern Alberta. Owned by Syncrude Canada, Base Mine Lake serves as a research facility to test and demonstrate new tailings management technologies and to improve reclamation success outcomes for pit lakes. 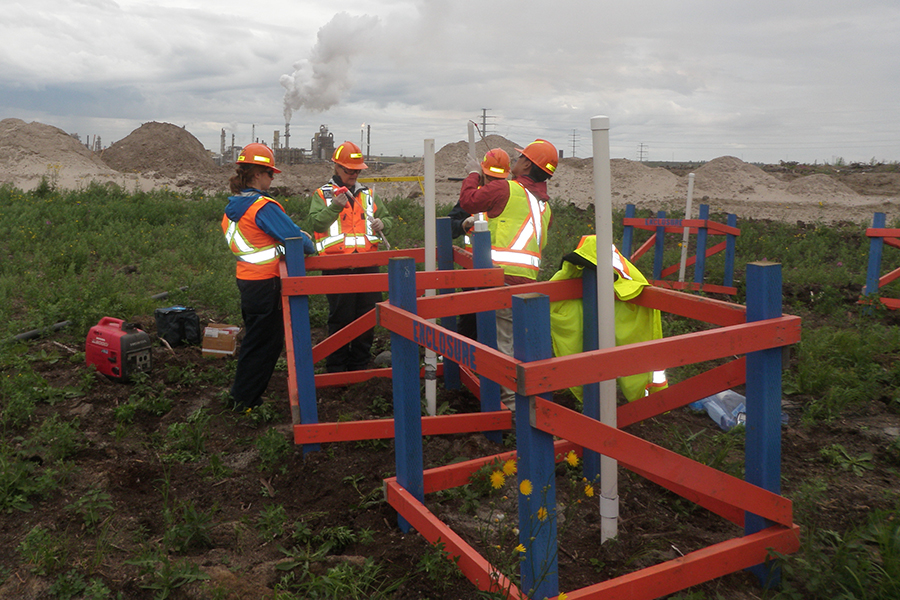 Professor Warren and her collaborators conducting environmental sampling at the Base Mine Lake site. (Photo courtesy Lesley Warren)

From this location and others, the research team identified 22 large-genome phages that encode a critical gene called PmoC, which are called PmoC-phage. This PmoC gene is similar to genes present in bacteria that are capable of carrying out methane oxidation.

“Methane is a critical contributor to greenhouse gas emissions — it is 14 times more effective than CO2 at trapping heat in the atmosphere,” says Warren. “When oxidized, either by bacteria or perhaps as now as this paper identifies, viruses, it gets converted to carbon dioxide. That’s still a greenhouse gas, but it’s much less harmful than methane.”

The presence of PmoC-phage and bacteria capable of methane oxidation were strongly correlated with each other. In fact, the team determined that some of the most rapidly-growing, methane-eating bacteria were infected by three PmoC-phages at one time. These findings indicate that PmoC-phages may actually be increasing methane consumption by these bacteria.

On a fundamental level, these results provide more evidence that viruses are more than just infection vectors of other organisms — they may be important players in key environmental processes that regulate the planet.

In the future, harnessing naturally-occurring entities, such as viruses in addition to microorganisms, to change one gas into another could have important implications in the fight against climate change. This is especially true in places such as the Alberta oil sands, where methane emissions are of concern.

“Exploring these PmoC-phages in Base Mine Lake can help us design a bio-tech solution that would be cost-effective for industry, while helping fight greenhouse gas emissions and climate change,” says Warren. “Our work with Syncrude Canada over the past ten years is helping to develop research-powered solutions and technology for their real-world challenges.”

“Our analyses from not just Base Mine Lake, but other freshwater contexts globally, suggest that these PmoC-phages have the potential to impact methane consumption as well as the carbon cycle of the surrounding environments,” says Professor Banfield. “The inferences of this study expand our understanding of phage capabilities and highlight new ways for us to mitigate and modulate other aspects of our environment, perhaps in even larger contexts.” 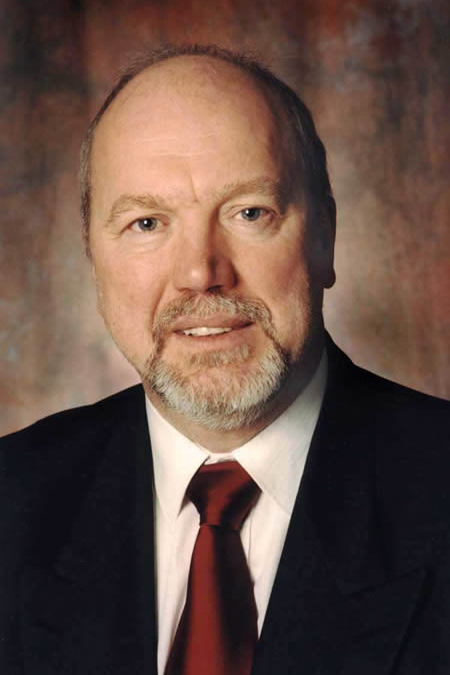 Professor Paul Young (CivMin) has been named a Fellow of the Royal Academy of Engineering, recognizing his pioneering work in rock mechanics and geoengineering. (Courtesy: Paul Young)

University Professor Emeritus Paul Young (CivMin) has been elected a Fellow of the Royal Academy of Engineering.

Founded in 1976, the Royal Academy of Engineering is the U.K.’s national academy for engineering. Its mandate is to bring together the most successful and talented engineers for the shared purpose of advancing and promoting excellence in engineering.

Young is the W. M. Keck Chair of Seismology and Rock Mechanics Emeritus and founding director of the Lassonde Institute. Over the past 40 years, he has pioneered many of the techniques used today in monitoring and interpreting induced seismicity in the mining, petroleum and nuclear waste disposal industries.

Young has not only made significant advances in the understanding of the fundamental mechanics of fracturing in brittle materials, micromechanical modelling and geophysical imaging, he has created technology that applies these advances, much of which has been commercialized through two successful spin-off companies. Young continues to develop innovative geophysical imaging techniques in rock fracture mechanics and investigate the synergy with advanced numerical modeling. He also advises oil and gas, mining, and radioactive waste companies throughout the world.

“I am humbled and delighted to become a Fellow of the Royal Academy of Engineering and want to take this opportunity to thank all those I have worked with over the years, especially my current and former graduate students and post-doctoral research fellows,” said Young. “I look forward to playing an active part in the professional activities of the Academy.”

Young is a Fellow of the Royal Society of Canada, the American Association for the Advancement of Science, and the Institute of Materials, Minerals and Mining. He has received several major awards for his research and innovation including the Willet G. Miller Gold Medal of the Royal Society of Canada for his research in earth sciences, the Queen Elizabeth II Diamond Jubilee Medal for services to scholarship in Canada, and the John A. Franklin Award for Rock Mechanics by the Canadian Geotechnical Society. A former President of the British Geophysical Association, he has published more than 250 scientific papers in refereed journals and conference proceedings.

“Paul’s exceptional contributions to the international fields of rock mechanics and geoengineering, as well as his ability to translate his findings from laboratory through successful commercialization, are truly remarkable,” said Cristina Amon, dean of the Faculty of Applied Science & Engineering. “He is most deserving of this prestigious recognition.”

The Royal Academy of Engineering will induct its newest members at the New Fellows Dinner in London on Oct. 2, 2018.