New funding from the Natural Sciences and Engineering Research Council (NSERC) will advance U of T Engineering research in sustainable energy, telecommunications and more.

On March 1, NSERC announced six Strategic Partnership Grants to help U of T engineers address some of the greatest challenges facing Canada and the world. The projects include new technologies to extract valuable minerals from hazardous mine tailings and systems to enable cities to repurpose stormwater more effectively. In total, the program invested more than $3.2 million in U of T Engineering and more than $5.3 million across the entire University.

The six funded projects are: 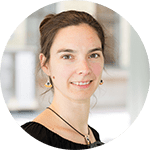 Heavy rainstorms like those that hit Toronto in July 2013 do more than damage basements — they also wash street-level pollution into local rivers and lakes. Nature deals with this problem through wetlands, which swell or shrink with the rains and which contain microorganisms that break down harmful substances. Bioretention cells are artificial structures designed to mimic this process in urban areas, yet for unknown reasons, some work better than others. Passeport and her team aim to pin down the hydrological, chemical, and physical processes that determine the performance of bioretention cells in order to optimize their design. Better stormwater management could prevent pollution from reaching the environment.

The area around Sudbury, Ont. is surrounded by 50- to 100-million tonnes of liquid tailings left over from mining operations. This waste material poses environmental risks if left untreated. Yet it still contains useful elements such as nickel, iron and sulfur which continue to be in demand in manufacturing and other sectors. Barati and his team are developing a process that recovers these elements from the tailings and generates electricity at the same time. The process would provide a permanent solution for the waste as well as economic benefits to the mine and surrounding community. Environmentally friendly fuel cell vehicles run on hydrogen instead of gasoline, producing no emissions other than water and heat. Unfortunately, most hydrogen currently comes from natural gas, but it can also be extracted from water using electricity produced from renewable energy, such as the wind and sun. Polymer electrolyte membrane (PEM) electolyzers are a technology that essentially operate like reverse fuel cells, extracting hydrogen and oxygen from water. Moreover, they can enable us to efficiently deal with the huge peaks and troughs of intermittent electricity generated from variable renewable sources, such as wind, solar and tidal power. This project aims to use the team’s existing expertise in PEM-based fuel cells to advance PEM electrolyzers for clean hydrogen generation. The number of smartphones and connected tablets in the world is well into the billions and growing fast. Yet the wireless communications systems on which these devices depend use radio signals, and there are only so many frequencies to go around. Hum and his team develop advanced electromagnetic surfaces that can be used to redesign antennas, enabling more sophisticated control over radio signals. Used in satellites, these surfaces could dramatically improve communication capacity while reducing the size and weight of antennas. These surfaces can also be used in buildings, where they could improve reception and eliminate “dead zones.” By enabling more data to be transmitted wirelessly using the same bandwidth, the inventions will usher in the next generation of electronic communication. Every time you upload a document, photo or video to the cloud your file is sent to a large collection of servers known as a datacentre. Within these datacentres, information is transmitted both electronically and optically. However, the devices that translate data between these two modes are inefficient, generating large amounts of waste heat and making datacentres enormous energy hogs. Using nano-sized particles called quantum dots, Sargent and his team are developing entirely new type of laser that is capable of being deposited directly on a silicon chip. The device will turn electrical impulses into light bursts in a much more efficient way, drastically reducing the amount of energy required to transmit data and the cost of cloud computing. Communications-Based Train Control (CBTC) is aimed at replacing conventional rail signalling with train control enabled by wireless communication between the train and a network of access points. In a cellular communication system, a network outage may cause a dropped call, but in a CBTC network it directly compromises the safety of train passengers. Therefore, these safety-critical systems must meet high standards of reliability, beyond those of typical communication networks. Sarris and his team, along withThales Canada, are developing a new paradigm for the design of CBTC systems with enhanced robustness and reliability. These systems can effectively serve the increasing need for rail transportation safety and efficiency shared by a growing number of Canadians, especially urban commuters in large metropolitan areas.